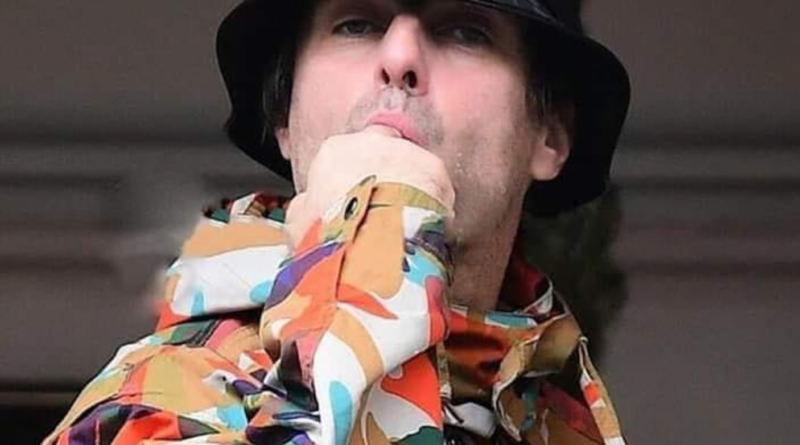 Liam Gallagher is definitely without maybe a phenomenon. He shot to superstardom at a very young age, made a name for his band Oasis thanks to his iconic stage presence and powerful vocals, then lapsed into a long silence after the band’s breakup and now made a triumphant comeback as a solo artist. Despite being a living legend, Liam doesn’t rest on his laurels. 2019 has proved to be a productive year for the iconic frontman. He released his second solo album Why Me, Why Not, brought out a documentary and played lots of sold out venues for cheerful crowds. Meanwhile, the rocker already has plans to start recording his next solo record and play even more massive gigs in the upcoming year. But for now, he’s taking his time to tell the new issue of MOJO about his new music, the Oasis legacy and his relationship with the estranged brother Noel.

Oasis fans might argue all they want about who of the Gallagher brothers is more talented, but the truth is they both complement each other and are much better together rather than on their own. Noel needs Liam’s charisma, powerful vocals and swagger attitude which perfectly fits the Rock’n’Roll image. On the other hand, Liam needs Noel’s brilliant songwriting skills. Nevertheless, the brothers haven’t spoken to each other for ten years now, and the future prospect of the long-awaited Oasis reunion seems more and more bleak. Meanwhile, Liam and Noel’s mum Peggy is trying her best to mend her sons’ tumultuous relationship.

“She tried to stop our feud many times”, says Liam. “But as far as I’m concerned, there’s been plenty of olive branches put out and he doesn’t want to know, which is the reason we go back to digging each other out. But my mum has told me and she’s told him. Obviously, it upsets her that we’re not talking. It makes me sad when my two sons are at each other’s throats. So I do get it, but what can you do?”

Maybe giving Noel a phone call and giving peace a chance would be a good start? Sadly enough, Liam doesn’t think this might work.

“We’re just as proud and stubborn as each other. But as far as I’m concerned, he threw me under the bus, so I’ve got the fucking hump. And that’s the end of it”.

Or maybe it still isn’t the end – because despite all the bad blood, Liam is always ready to get Oasis back together and come onstage with his brother again like in the good old days.

“I’d fucking love to play with Oasis again, mate. Oasis is in my blood, that’s what I am, that’s what I do. Listen, I’m quite happy doing what I’m doing. I’m buzzing off it. But if it happens and Noel comes to his senses, I’m ready to go. We’ll see, I think he’s snookering himself now anyway. The geezer’s puddled. Even if Noel did wanna do it, he can’t do it now. If he makes a record that sounds remotely like Oasis, he’s gonna get stick for it. People are gonna go, “Why don’t you get your brother back?” So he’s got to veer off and do something that’s totally nothing like Oasis. But I’m ready to go, man, any time he fucking comes to his senses, we’ll have it”.

That’s an interesting observation by Liam. It turns out he believes Noel is forced to make this big departure from his old music style to avoid people’s associations with Liam and their glory Oasis days. Despite all Liam’s ever-lasting love for Oasis, he still admits there are some clear advantages of being a solo artist. One of them is the growing input Liam has in the process of making music these days. Now he has the final say – and it’d be fair to say he’s enjoying it.

“With Oasis, you’d be in there and you’d be watching the song grow. You wouldn’t have much input, except when you were singing. If you ever piped up to say, “Eh, how about this?”, Noel would give you the fucking death stare. But now, I’ve got a bit more input doing my tunes with the lads in America. I’ve always got a few ideas knocking about. Mainly verses – and I have good titles, I give myself that. I’m not putting anything out that I’m not feeling. If I’m not digging it, we bin it off. Because I’m the one who’s got to put it in the back of the net”.

Back in 2017, Liam has made a truly miraculous comeback: nobody expected to see him onstage again after the breakup of Beady Eye and the long hiatus, but there he is, with as much swagger and confidence as always. His solo gigs sell way better than Beady Eye live performances used to. Liam’s solo records display the same tendency compared to Beady Eye albums. Liam seems satisfied yet not really surprised at that.

“I think some of the songs I wrote in Beady Eye were great. And I think the songs I’m doing now are great as well. Maybe Beady Eye came too soon after Oasis. And people needed a breather from me. Maybe the name didn’t connect. But maybe we just weren’t good enough! I don’t know. After all, I’ not doing anything different. But I’m into cycles, and maybe in that four years off, music changed a bit. Or maybe it’s just luck”.

The interviewer suggests that maybe Oasis have just simply run their natural cycle. Liam agrees and makes an unexpected statement. Even though back in the 90s Liam would be the first to claim Oasis were the biggest and greatest band in the world, these days he doesn’t seem so sure of that anymore. Vice versa, the iconic frontman goes on to suggest that Oasis… actually weren’t that great at all. Controversial but interesting, given it comes out of Liam’s mouth.

“I still think we could have banged out a good album, but… How long were we together? It’s like anything, it does become tiresome at some point. Noel has calmed his partying down a bit, whereas we’re still having it… So maybe he’s just had enough and needed a break. You know, we weren’t that great anyway. We were alright, better than a lot of shit out there, but we weren’t pushing the boundaries, we weren’t Pink Floyd or The Beatles. We didn’t make any really great records, we were just a good band”.

It’s unusual to hear such humble words from Liam, but you can tell he means it. Maybe it’s because he’s matured, maybe it’s a conclusion based on the music which is popular today. One thing is for sure: Liam doesn’t idolise Oasis anymore and believes their time has passed.

“I always loved Live Forever, Champagne Supernova, got a soft spot for Supersonic because it was our first single and it still sounds pretty good. Some of Oasis music hasn’t aged well – I’ll be honest. I hear it some days and I go, “Turn that shit off!” Oasis was a moment in time”.

Here I would personally disagree with Liam. Oasis music wasn’t relevant only in the 90s. The number of young kids and teenagers that are getting into the Oasis music these days serves as a perfect proof that their legacy still lives on and touches people’s hearts. Yeah, perhaps they indeed didn’t do anything groundbreaking – but can’t good music do without innovation? More often than not, all you need to make a great song are genuine lyrics, a catchy melody and emotional vocals. Oasis had it all – and even more. Meanwhile, it’s no surprise Liam would be among the first ones to criticise Noel’s solo work. Yet there is a Noel’s song that Liam recognises as great.

“I tell you what, the song Noel did with the Chemical Brothers (Setting Sun), that’s a tune! That’s what he should be doing! Not that fucking stupid stuff he’s doing at the moment! He sounds like Dolly Parton’s just dropped a pill for the first time. I don’t wish him any harm, you know that. The best thing about the music business at the moment is that me and our kid are still here! We’ve come full circle now. Whereas we used to slag every fucker off, now we’re just going, “There’s no one else to slag off – how about me and you?!” Take me and our kid out of it – and it’s boring as fuck! Everyone’s far too nice. We shouldn’t be in here – but we fucking are. So get on with it!”

In these words we can recognise the old Liam again. Probably he’s right and he’s really come full circle. At first he was a reckless and hedonistic Rock’n’Roll star convinced that his band were sitting on top of the world. Then he matured and realised his band still had plenty of room to grow and get better and the celebrity way of life is often connected with chasing false ideals. But… afterwards he came to realise this new way of life is dull and tiresome and lapsed into the old habits. A bit childish yet capable of mature philosophical thinking, unpredictable yet open-hearted, rebellious yet soft and romantic, Liam is absolutely right about at least one thing: it would definitely be boring without him.