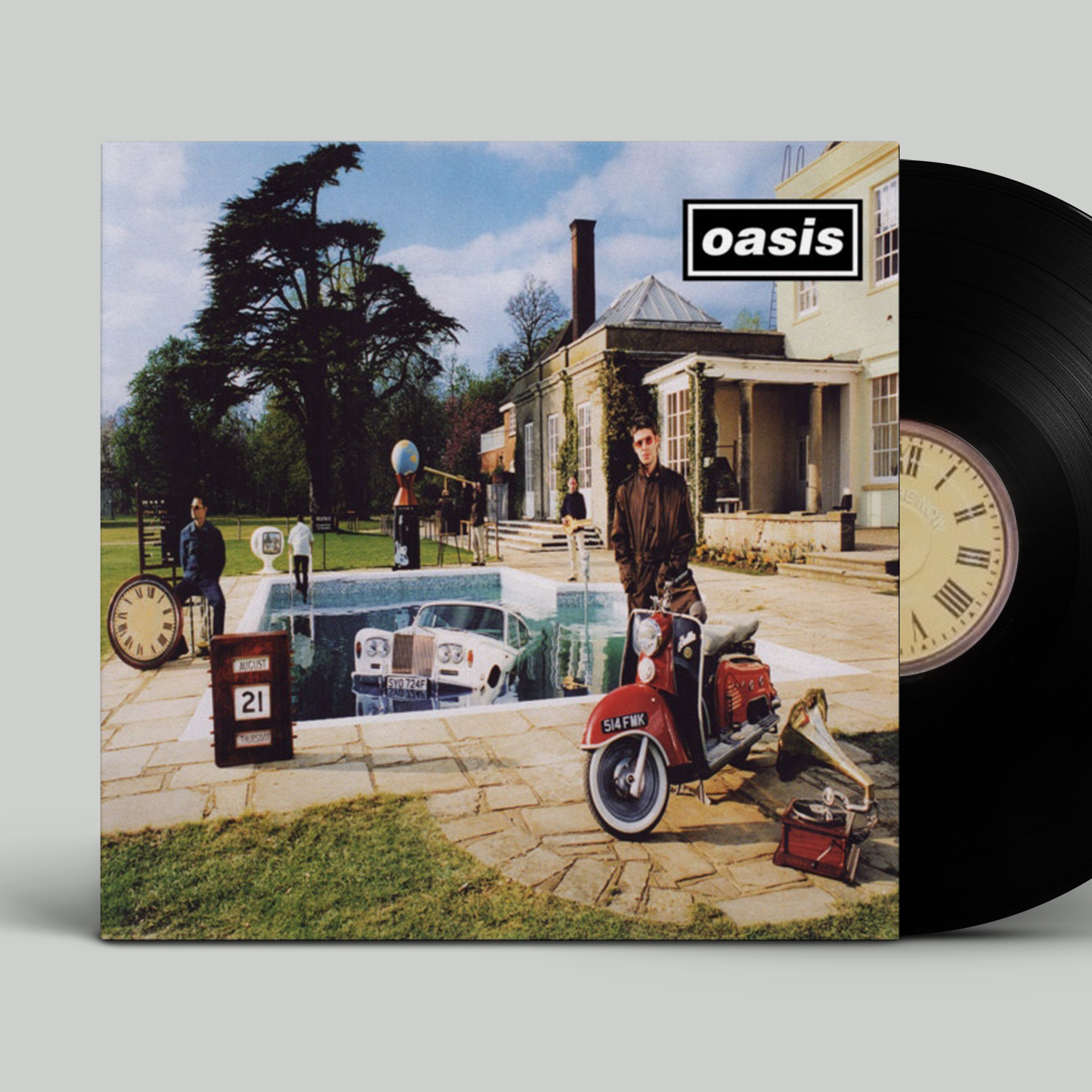 By 1997 The Britpop phenomenon was arguably starting to collapse under its own weight and that of the attention that the press, both musical and mainstream, had heaped upon it. It was still a year that saw some huge UK album releases, including Oasis’ ‘Be Here Now’ which famously sold over 424,000 copies on the day of release, becoming the fastest-selling album in British chart history.

Oasis had swept the world with 1995’s ‘(What’s The Story) Morning Glory’, it in turn building on the success of ‘Definitely Maybe’ the year before. Oasis had become the biggest band in the world, with Morning Glory spawning six singles by early summer 1996, much to the delight of their army of devoted and invested fans.

Fourteen months after ‘Champagne Supernova’ exploded, Oasis returned to the scene (in a British military helicopter) with their bombastic new single ‘D’You Know What I Mean?’ and scored their third UK number one as a result. With its ambiguous yet anthemic lyrics, the song acted as a call to arms for fans and pricked the ears of those eager to hear what was coming next.

‘Stand By Me’ Was the first single to be taken from ‘Be Here Now’ after its release. In the few weeks since the release of ‘D’You Know What I Mean?’ the UK had experienced a historic change of government and the death of Diana, Princess of Wales. Ever present in the nation’s consciousness, Noel Gallagher famously attended Tony Blair’s Downing Street Reception in July, while ‘Stand By Me’ was held off the number one spot by Elton John’s tribute to the late Princess. Although the Gallaghers were arguably idols in their own right by this point, ‘Stand By Me makes nods to a couple of their own heroes. The title lyric is usually assumed to be a reference to the Ben E. King song covered by John Lennon, and Noel Gallagher acknowledged the chord sequence was borrowed from Bowie/Mott The Hoople’s ‘All The Young Dudes’.

January 1998 brought ‘All Around The World’, making reference to The Beatles again with its animated yellow flying saucer video and Beatles-esque orchestrations. Noel Gallagher claimed to have written the song around the same time as ‘Supersonic’ but knew at that point there wouldn’t be sufficient funds to give it the orchestral treatment he had envisaged. Clocking in at ten minutes long the song set the record for the longest UK number one single, a record they had set themselves with ‘D’You Know What I Mean?’ a few months earlier.

‘Be Here Now’ splits opinions much more than its preceding LPs, not least those of Noel and Liam Gallagher who criticised and defended the album respectively in later years, the record perhaps reflecting a more Liam focussed version of Oasis.

The same trappings of success that allowed Noel’s orchestrations had also enabled a level of rock ‘n’ roll excess that was hinted at on the album’s own cover artwork, with its Rolls Royce sunken in a mansion swimming pool making reference to the infamous antics of The Who’s Keith Moon.

For all its faults, it is undeniable that ‘Be Here Now’ gave the British public the rallying cries and anthems that they needed at a strange uncertain time.

Music writer Jon Savage is often paraphrased as stating that ‘Be Here Now’ was the moment that Britpop ended, but that said, who better to call time on the party than Oasis?

‘Be Here Now’ retained its record breaking status as the fastest selling UK album of all time for 18 years when Adele’s ’25’ finally broke it in 2015.

(What's The Story) Morning Glory? ...There And Then Adidas As You Were Beady Eye Beady Eye's Lyrics Be Here Now Bonehead COVID-19 Damon Albarn Definitely Maybe Different Gear Still Speeding Dig Out Your Soul Don't Believe The Truth Don't Look Back In Anger Familiar To Millions Festival Glastonbury Gorillaz Heathen Chemistry iTunes Festival: London 2009 Knebworth Liam Gallagher Liam Gallagher Lyrics Live By The Sea Live Forever Manchester Noel Gallagher Noel Gallagher's High Flying Birds Oasis Oasis Lyrics Paul Weller Richard Ashcroft Shakermaker Some Might Say Stand By Me Standing On The Shoulder Of Giants Stop The Clocks Supersonic The Masterplan Time Flies... 1994-2009 U2 Whatever Why Me? Why Not Wonderwall
Manage Cookie Consent
To provide the best experiences, we use technologies like cookies to store and/or access device information. Consenting to these technologies will allow us to process data such as browsing behavior or unique IDs on this site. Not consenting or withdrawing consent, may adversely affect certain features and functions.
Manage options Manage services Manage vendors Read more about these purposes
View preferences
{title} {title} {title}